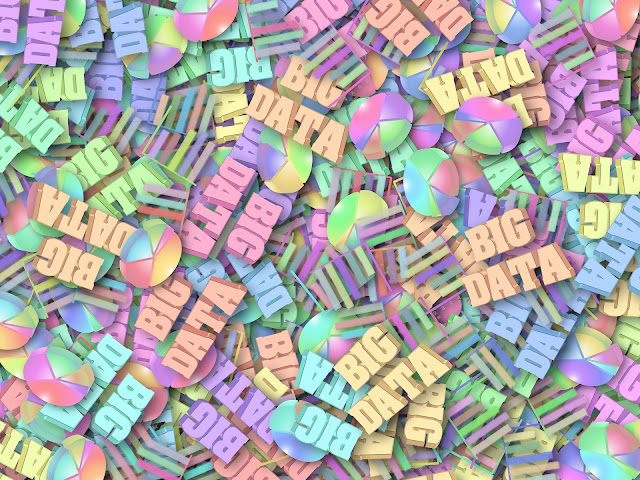 Data is becoming an increasingly important resource for development. The big data industry involves collecting, refining and applying data. There are other related activities that are included in the industry such as storing and securing the data. Private companies and the government are investing in big data to fuel industrial growth.

The market for big data was 1.7 trillion KRW (US$ 1.5 billion) in 2018.  Korea is at the early market stage so there is significant growth potential.

Source: Ministry of Science and ICT

‘Korean New Deal’: On July 15th, the government announced a "Digital New Deal that promises to open 14,000 databases to the public and to build a ‘Data Dam’". A Data Dam was a term coined to represent the data infrastructure where the data flows into in a central location where it is refined and distributed. The Digital New was funded by a budget of KRW 58 trillion (US$ 50 billion) and create 900,300 IT-related jobs by 2025.

Even though the market is growing, there are three major concerns regarding the development of big data in Korea, insufficient data, late start, and regulatory issues.

Korea has advanced hardware and IT infrastructure but only a few  companies have the experience to apply or use refined data. Domestic private companies were reluctant to invest in big data as most believed it would not be relevant or could not provide enough data. As a result, the amount of available big data is limited. Domestically big data is available only in the media, medical, science and telecom industries but access is difficult.  Smaller companies do not have as much access to big data as it is collected by the government and large conglomerates.

The Korea Data Agency has organized programs for smaller companies to access big data from major data companies and analyze it. Programs also support smaller companies by providing grants such as ‘data voucher,’ which entrepreneurs and small companies can use to purchase customized processed data.

Korea was late to embrace the potential of big data.  Leading countries such as the US, Europe and Japan have been utilizing technology since the 2000s. They started joint government projects in a new, technology-friendly environment where big data is collected, used, applied, and developed freely. In 2014, when the Korean government acknowledged the importance of big data, foreign companies were already analyzing it.

Starting late means that a revolutionary change is required to catch up with industry leaders. Even though Korea’s New Deal will bring significant resources, it remains difficult to provide high-quality big data solutions.

There are other restrictions that create barriers to the utilization of big data. With the Korean New Deal, the government and private industry will work to develop a friendly environment creating big data infrastructure, which will lay the groundwork for the 4th industrial revolution. 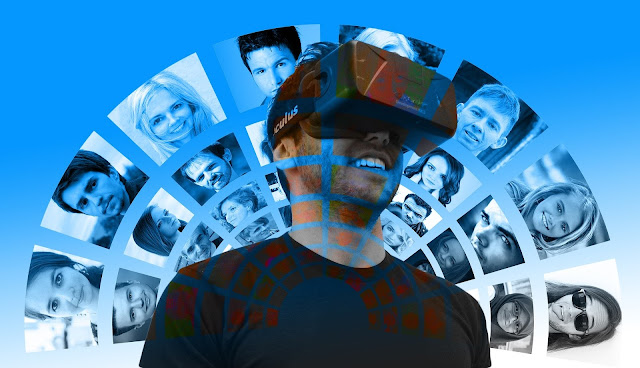 Domestic development of the VR/AR industry had a late start compared to global leaders. In Korea, actual growth started in 2016 even though the technology was introduced in the market earlier. Development was slow considering that VR/AR technology has been in the spotlight as a future technology since 2010 when leading countries such as the United States began developing the technology.

As a late starter, the government decided to develop the industry and outlined a growth technology plan to focus its investment. The goal for the VR/AR sector was to develop more than ten companies with a revenue of over KRW 100 billion by 2025 and produce over 20 services integrating and converging the medical, manufacturing, education, military and other sectors.

In 2019, the Ministry of Science and ICT announced KRW 30 billion support for the development of digital VR/AR content in the medical, cultural, sports, manufacturing, military, and education sectors.

Unlike most of the world, Korea is focused more on hardware than contents. The growth of the VR/AR industry is driven by creating hardware focused on smartphones due to the influence of LG and Samsung Electronics. It is a general belief that the hardware sector will slow once the market is saturated while the content sector will grow exponentially. Without a change in focus and investment in the contents sector, the VR industry will fail.

Currently, the Industry can be divided into eight sectors. These sectors are classified according to existing industries but as the technology enhances opportunities, the fusion and conversion with other industries will make the boundaries of the industry limitless.

KT chose a different approach to the industry by introducing the ‘Super VR tv.’ The Super VR tv allows viewers to watch IPTV in a VR environment with a 180-inch-wide screen max tv appearing as a theater, provides over 210,000 vods (video on demand) and 270 channels in 4K UHD. KT has constructed the UI interface based on ergonomics to reduce discomfort when using the Super VR tv for long periods.

LG U+ has invested KRW 26 billion in a five-year project for broadcast communication content and next-generation wired/wireless lines. They are also focused on connecting their cloud system with AR to provide realistic content and HMD products which do not require a PC to access. LG U+ has partnered with Google and Nvidia to provide various AR and VR content and services while working with startup companies.

LG Electronics first provided ‘VR for GS’ where one could mount their LG phone on a plastic device to experience the VR system; a similar product was introduced by Google but made out of paper. In 2016, they developed ‘LG 360 VR’ which was an HMD product but was lighter and more portable than other products. LG 360 CAM was also introduced to help consumers create VR content. During MWC 19, LG Electronics promoted VR/AR experience sectors in a booth that was generated a lot of interest at the show.

Samsung Electronics introduced the HMD Gear VR in collaboration with Oculus, which is number one in the global market. However, recent events such as discontinuing updates suggest that the HMD Gear VR services will shut down soon.

There are numerous reasons to why domestic technology has fallen behind other countries but ‘positive regulations’ where permitted activities are defined and everything else is prohibited is one of the main barriers to new technology.

The composition of the VR/AR technology creates friction with regulators. VR/AR technology requires hardware, software (platform) and content. However, as the regulations are not specific for each product, conflicts arise among the three. For example, a medical device is required to undergo a MFDS (Ministry of Food and Drug Safety -Korea FDA) approval and be checked by the National Health Insurance. However, there are no clear standards regarding software and content.

Content classification is also is not standardized. Other than the fact that most of the domestic VR/AR investment is related to hardware, another reason the content development is slow is that there is no clear classification for content. The content can be classified as a game even though it was created as a movie. An interesting story was when a Korean company produced a VR/AR movie which generated movie awards, but was permitted to show in movie theaters as it was classified as a game.

In 2019, over 13,000 visitors from 44 countries and 350 booths from 8 countries participated in the SVAE. The exhibition focused on the B2B sector, which provided the newest trends and products. There were correlated events of an overseas supporting event, professional conference, networking party, IR day, and others.

In 2018, over 17,850 visitors from 13 countries and 113 booths from 10 countries participated in VR Expo. The exhibition opens with the Korea VR Festival (KVRF) which included events such as Global conference, business consulting, VR game face-off, and other related events.

The VR/AR technology is a core piece of the new IT system which will change the future, should be developed by a collaboration of private companies and the government. Even though there are active changes and government support, there are still ongoing issues. To overcome these difficulties the private sectors and the government will have to have a deep dive into how to create an environment that the technology can flourish without obstacles of regulations and laws.